Here a large formate camera by prime manufacturer Sinar, made in Switzerland.

from the top series P2 (not the much simpler F-series…! ).

The set consists of:

In order to enable you to start quickly, we include each a sheet film holder in 4x5

All in TOP near mint condition. 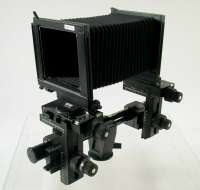 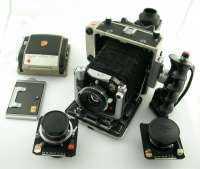 LINHOF Super Technika V 6x7 !! full set 8/65...
€2,449.02 *
Viewed
This website uses cookies, which are necessary for the technical operation of the website and are always set. Other cookies, which increase the usability of this website, serve for direct advertising or simplify interaction with other websites and social networks, will only be used with your consent. More information
Decline Accept all Configure